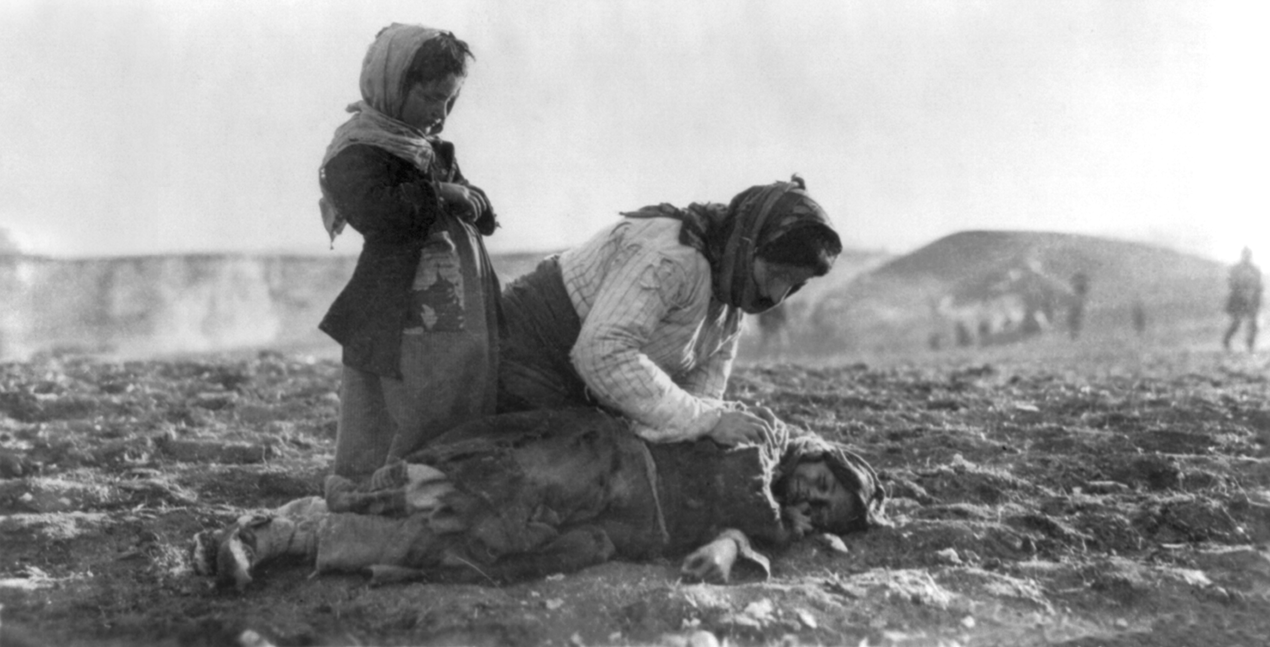 From Genocide To Freedom

My wife and I watched a movie on Amazon Prime called “The Promise.” It is about an Armenian doctor from Turkey and an American reporter covering the news in the region. Through their lives, the movie documents the horrific genocide of Turkey's Armenians in a personal and heart-wrenching story.

Miriam-Webster Dictionary defines ethnic cleansing as “the expulsion, imprisonment, or killing of an ethnic minority by a dominant majority to achieve ethnic homogeneity.” Genocide has its goal “the extermination of an ethnic group,” as such, it is an extreme form of ethnic cleansing.

The movie caused us to look further into the Armenian genocide, and we found a summary in the New York Times archive on this subject. According to the article, the Young Turk movement emerged due to a resurgence of Islamic religious sentiment. They gained control of the crumbling Ottoman Empire in 1908 and sided with Germany in WWI. The Armenians, who are Christians, sided with the Russians, which helped the Young Turks build a case against them and precipitated their genocide and expulsion from Turkey. 1.5 Million Armenians who were living in East Turkey were massacred. Rape, killing, and forced exodus to the Syrian desert without water or supplies, labeled “deportation” by the government, were the salient methods employed in the genocide. The Armenians who made it through the desert settled in different parts of Lebanon and Syria and formed communities that blended well with the local culture. Armenians in the Levant identify themselves as Syrian or Lebanese and are quite patriotic and involved in their new country's political and social life. They are known for their manufacturing and industry skills and are sought after for their excellent work ethic. They also guarded their Armenian culture, contributing beautifully to the cultural bouquet that is the Levant. We have many Armenian friends and co-workers in Lebanon, and we often pray for them for healing and freedom from the bondage that the genocide has brought upon them.

Unfortunately, from Old Testament times until now, ethnic cleansing and genocide have been a painful reality that has haunted every culture that became a majority in its area. Humans have collectively amassed a weight of shame that stains every conscience, yet at the same time, in every case of genocide, the perpetrators have felt justified in their actions. This justification is undoubtedly present in the ongoing worldwide genocide of unborn babies. This movement is generally not recognized by many as genocidal but as “freedom of choice to take a life.” As I consider recorded history, I realize that every civilization was founded on the ashes of another, and genocides were a recurring theme in the process.

In the last 100 years, there have been 51 documented genocides worldwide, with a death toll of 58 Million people. Except for induced abortions, the Nazi holocaust against the Jews during WWII is probably the darkest, resulting in the deaths of over six million Jews.

Understanding the root cause of genocide and the human propensity for ethnic cleansing is elusive. Academia may cite economics, security, and public opinion as the main forces that forge mass human behavior, but there is more to it than that. I believe that the human desire for “cleansing” goes beyond ethnicity and originates from a deep sense of self-righteousness. Genocide is rooted in religion, the epitome of intolerance to anyone with a different faith.

Religion, the way I understand it, is an expression of a person’s deep conviction of self-righteousness, that one is favored for belonging to the right group and practicing the tenets it prescribes. This conviction evolves into a convenient tool by which one can justify practically any behavior based on the moment's circumstances. Religion is a human construct of thought and practice, so it requires defense against those who disprove its value or validity. There are varieties of religions globally, Christianity, Islam, Buddhism, Hinduism, Confucianism, and others. Some clandestine religions are not easily recognized as such, like atheism, secularism, conservatism, liberalism, and hedonism; yes, I believe these are religions too, and they are the new nurseries of the “cleansing” instinct.

As far as I know, every religion demands proselytization, which makes the coexistence of different faiths itself a state of disobedience to religion. This intolerance is why zealot movements and awakenings spring up periodically throughout human history, peaking when one group becomes a majority over another, in an ongoing cycle of violence and hostility. The Islamic conquests and the Christian crusades are one such example, still perpetuated today in many conflicts all over the world, the Arab-Israeli being one of them.

As a Lebanese-American, I have a cross-cultural life, directly sensing the opposing forces at work in my two cultures. Being attracted to each one separately, I experience a mixed bag of love and disappointment in both. I have a deep love for the value it places on the individual and the inalienable rights of equality and all the freedoms that proceed from that core value for my American culture. I also love the work ethic and the great generosity shown toward the needy and the stranger among us. But there are things I dislike about it, too, such as the loneliness that people experience in this land of rugged individualism. There is also the seemingly blind adoration of organizational methods by which everything ticks toward an economic goal. The commercial machine has a dehumanizing effect on the individual and can create a void in people's hearts in this culture. I also find myself unable to justify American history parts that are better left unmentioned, such as the plight of the American Indians in the last two centuries.

As for my Lebanese culture, I have a deep love for the security and belonging that comes from the extended family. I also like how easy it is to make friends and develop life-long relationships. What I don’t like about my Lebanese culture is the deep-rooted sectarianism that builds insurmountable walls between people groups and conscripts the individual to serve within their people's confines. It can be suffocating. I am also very disappointed in how much hatred our culture can cling on to over many centuries, preventing any prospect of real unity without tyrannical rule. I have noticed that the strengths of a culture are its weaknesses too.

As a result of my study of the Bible and my experience in different cultures, I have grown to believe that all cultures are thoroughly and intrinsically defective. My formal education teaches culture itself is neither right nor wrong, but I seriously doubt that claim. Humans have all delved deeply into the darkness of genocide and self-righteousness. These have manifested in every culture; therefore, since cultures are the emergence of humans' behavior, they will undoubtedly reflect the sin in them. Culture is the result of acceptable and normal behavior over time. It cannot be separated or exonerated from our collective sin. I have looked for the “correct” culture. Still, I cannot find it, yet, to say that it does not exist is a perpetuation of the denial of our collective shame and is enabling the next “justified cleansing.”

With this essay, I am sure I have managed to offend both of my cultures and have given them ample reason to reject me and my perspective. But it was never my intent to offend or attack either one because my love for both is genuine, and I don’t advocate a cynical attitude toward either one. I am writing this essay because I have found hope.

I believe that we have one hope for deliverance from the shame of our history of genocide and self-righteousness. It is the Kingdom of God through the Gospel of Jesus Christ. As I read it in the Bible, the Kingdom of God is not a religion at all. It was first proclaimed in Jerusalem two thousand years ago as a rebuke and a condemnation of the religious institutions of the time, which recognized it as a significant threat to their very existence and have been trying to extinguish it ever since (Matthew 23:13-39).

Considering that the ultimate goal of the Gospel is the revelation of the righteousness of God (Romans 1:17), religion has undertaken to corrupt and mask it in an unholy mixture of pious legalism (2 Timothy 3:1-5). For millennia, religions have come against the Kingdom of God, unsuccessfully attempting to contain, isolate, and extinguish the Gospel of Jesus Christ. There is a great deal of hostility and resistance against God's revelation; cultures are not neutral but vehemently resistant to it.

In the Middle East, sectarian lines are drawn, and a seemingly cordial but cold coexistence covers a dark hatred for each other lurking underneath. It is pent up hostility ready to explode at the slightest imbalance or ripple in the political landscape. Like vicious wolves unleashed, majority sects of the Middle East have devoured the minorities around them and have morphed into geographical blocks of conforming ethnicities. Jews together, Sunnis together, Shia together, and a sprinkling of a few minorities among them. Christianity is being expelled from the region, which has become fortified against outside cultures and religions, and it is very resistant to the Gospel.

In this context, the Druze of Lebanon and Syria have wholeheartedly and openly received the Gospel. It grew from within the culture, not as a foreign intrusion, but as an answer to the Druze's hopes and aspirations, to know God personally and make Him known. They see the Bible as their book, and their walk with God is the natural outcome of their standing as children in the Household of God. They have established a transformed community called the Lord’s Family and Access International School. This expression of the Gospel is a radical departure from religion, and as more and more people seek to flee the grasp of religion’s enslavement, they can be guided by it to find refuge in the Kingdom of God. Inside the fortified walls of the sectarian communities of Lebanon and Syria, Access International School is a place of refuge for those who seek the Kingdom of God. At the least, it is one small spot where captives are set free from sin and darkness, from the genocidal history, and the self-righteousness of religion.

Your financial support enables us to continue our work. We are working in several countries to encourage the diverse expressions of the gospel of Jesus Christ. People who once thought the Bible is not intended for them are now embracing Jesus Christ and His Word. Join us in transforming the world. 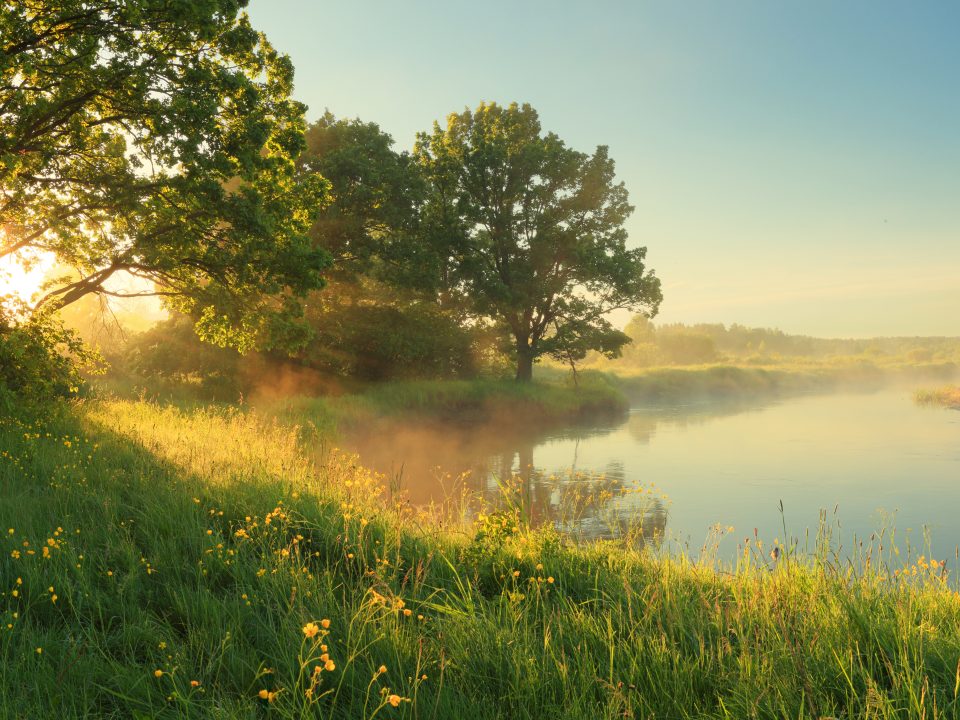 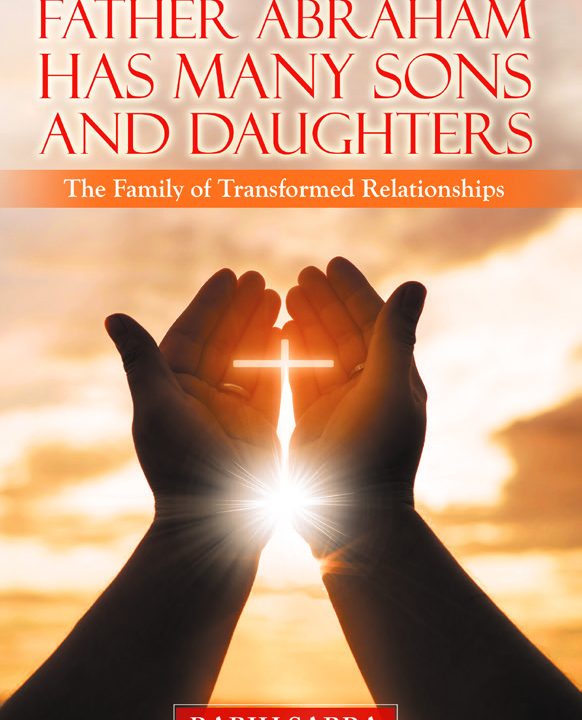 Father Abraham Has Many Sons and Daughters 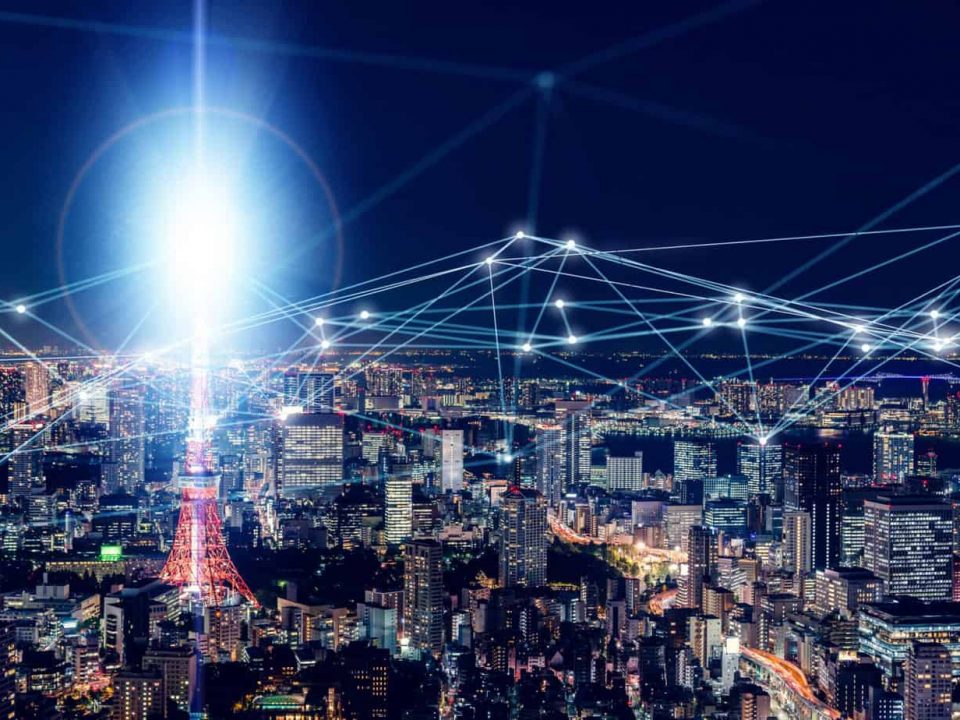